Quite a moist race thus far. And, I mean moist in more than ways than one…rain, fog, waves crashing over the deck. It makes for a moist boat, and all of the cold adds to a problem with condensation dripping everywhere. Sound glamorous?

There are a few up sides though. First of all, we are hauling ass. We are already done with half of an Atlantic crossing and it seems like we just started. Tactically, there hasn’t been much in it so far, and it’s kind of a flat-out boat speed contest. With conditions that really suit our boat, there is already talk on board that maybe we should have done a couple easy things to improve our IRC rating...ahhh hindsight is a beautiful thing.

I forgot to introduce our special guest on board in my first note. Hakan Svensson, the CEO of BERG Propulsion, is with us on his first Atlantic crossing. He’s a very good guy, and a friend, not just a sponsor. It has been priceless to see his face at times during this trip. As we careen down the waves going 30 knots, and you see a wall of water about to crash over the deck, at first Hakan's eyes would get pretty big. Below, he is sleeping in a make-shift bunk, and when big waves hit, or major squealing or creaking noises came from the winches, he would pop his head up quickly and say "Is that normal?"

"I'm afraid it is," I would return, trying to give him a bit of peace with a friendly smile. I don't think he bought it at first. Now, after only a few days, he is turning into a speed junkie like the rest of us, wanting to hear those horrible noises as they mean we are going fast. He is becoming a Volvo sailor. Be careful Hakan!

A strange thing noticed by most of the crew moving the gear around down below was that Hakan’s personal gear bag was REALLY heavy. Nobody wanted to say anything, and we just let it go. A short while ago, we found out why. He presented the crew with a "half way there" gift of smoked sausages that are terrific. I'm not what you would call a smoked sausage guy. But, in contrast with freeze dried meals, anything tastes good, and those sausages certainly made the crew forget the fact that his gear weighed about 50 lbs!

The fast portion of the trip has less than 24 hours to go, then we jibe and head for England. No sun yet and not much in the forecast. Oh well. If it’s fast, don't complain.


Please don't print this e-mail unless you really need to. 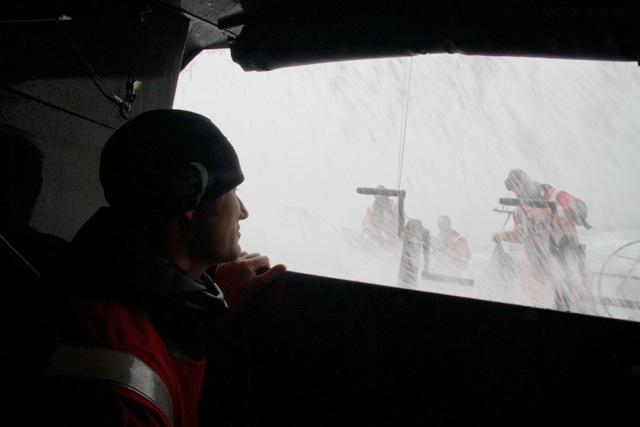 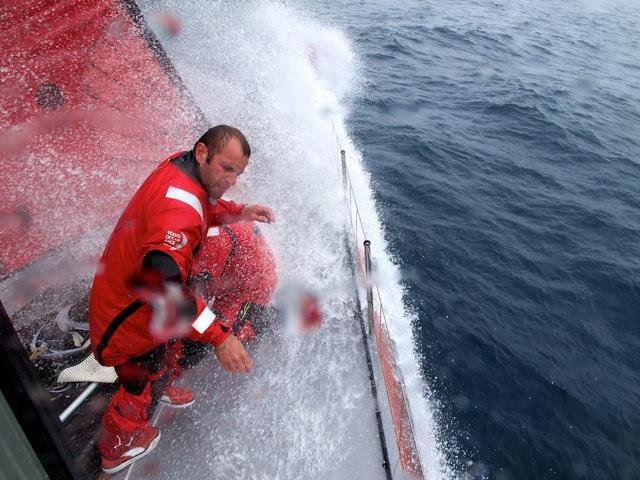 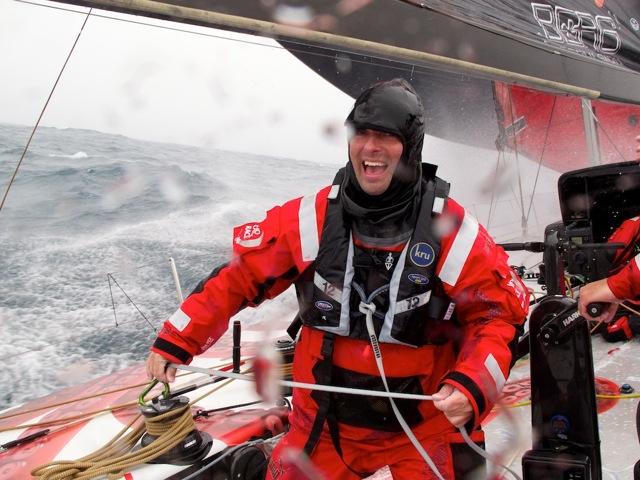