Three years ago, 26 boats started—and finished—the Transatlantic Race 2011, from Newport, R.I., to the south coast of England. Anticipating greater interest in the Transatlantic Race 2015, race organizers—the Royal Yacht Squadron, New York Yacht Club, Royal Ocean Racing Club and Storm Trysail Club—set an early limit of 50 entries, which now looks to be well exceeded. A particular feature of the 2015 event is its coincidence with the Squadron's 200th anniversary celebrations and races.

A fleet of more than 50 boats has already registered, with another 50 yachts indicating interest. The early entry discount expires on September 15, and the first of three staggered starts takes place off Newport on June 28, 2015. “It’s great to see how many sailors have signed up,” says event co-chair Patricia Young, of the New York Yacht Club. “Given the evident interest, the organizing clubs have waived the fleet limit.” 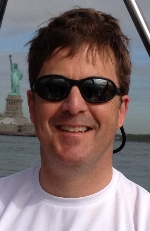 Among the owners who will be participating in their first transatlantic race in 2015 is David Southwell (pictured at right), a 53-year-old British native who now splits his time between Boston and Nantucket. For Southwell, early years spent sailing small boats off the east coast of England and reading about the North Atlantic convoys during World War II set deep a desire to cross that ocean on his own. In addition—as a dual national—the TR 2015 offers him the opportunity to race “from one passport to the other.”

Southwell’s boat, a Morris 48 named Kismet, will be among the smaller boats in the fleet. But having done three major distance races in the past 18 months, Southwell is confident in Kismet’s ability to handle whatever conditions the North Atlantic serves up next summer. The boat has a deeper draft and taller rig than the standard Morris 48, and a full suite of racing sails, but is still comfortable below decks. "She's a bit of a wolf in sheep’s clothing," says Southwell.

Crews need to be up to the standards of the boats—especially in the North Atlantic—to enable good finishes. “The thing about ocean racing is everyone has to be able to do everything,” he says. “It’s not like a day race where everyone has his or her specific job and that’s it. You’re never going to win unless everyone can drive.”

Finding qualified amateur crew able to take off two weeks, or more, for an Atlantic crossing is a challenge. But it does ensure he’ll get sailors passionate about the experience. And two weeks battling the elements on a 48-foot boat can forge life-long friendships.

"With ocean racing, everyone works together," he says. "You really get to know your crew, by the end you're a band of brothers."

More about the Transatlantic Race 2015
The Transatlantic Race 2015 charts a 2,796-nautical-mile course from Newport, R.I., to Lizard Point, South Cornwall, England. Pre-start activities will take place at the New York Yacht Club’s Harbour Court clubhouse in Newport, while awards will be presented at the Royal Yacht Squadron’s Cowes Castle clubhouse on the Isle of Wight. Three separate starts–June 28, July 1 and July 5–will feature up to 50 boats ranging from 40 feet to 289 feet in length.