Round-the-World Veteran to Take The Kid Transatlantic in TR2019 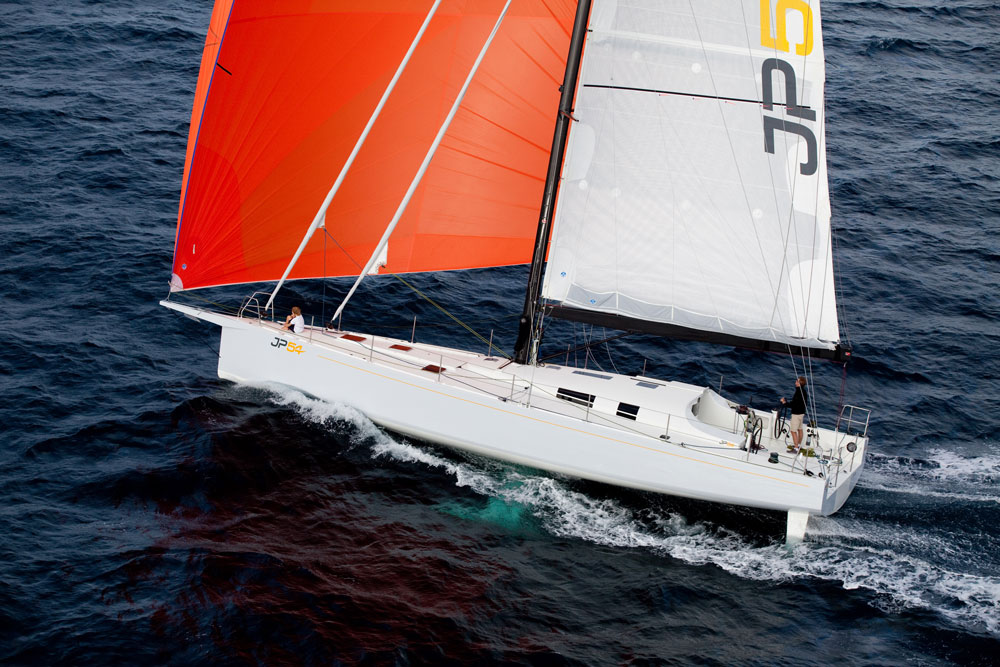 Few sailors, if any, on the starting line of the Transatlantic Race 2019 will have more offshore racing sea miles under their keels than Jean-Pierre Dick. A veteran of four Vendée Globe singlehanded non-stop around the world races and winner of two Barcelona World Races (doublehanded non-stop around the world), Dick is one of the most prominent figures within the elite offshore sailing community in France, the world’s most successful offshore yacht racing nation.

The Transatlantic Race 2019, scheduled to start Tuesday, June 25, off Newport, R.I., is organized jointly by the Royal Yacht Squadron, New York Yacht Club, Royal Ocean Racing Club and Storm Trysail Club. The race is a direct descendant of the first great transatlantic ocean race, which started from New York Harbor on December 11, 1866. The 2019 edition will be the 31st transatlantic race organized by the New York Yacht Club, and it remains one of the sport’s most enticing challenges. The race will start off Castle Hill Lighthouse in Newport on Tuesday, June 25.

The majority of famous French shorthanded sailors herald from Brittany and graduate up to IMOCA 60s after showing success in the more modest Class 40s, Mini or Figaro classes. Dick, however, came from a business background; he is a qualified veterinary surgeon and also has an advanced business degree. He spent 10 years working at Virbac, his family’s successful pet pharmaceuticals company, originally based in Nice. Today the company is listed on the Paris stock exchange and its products are sold globally.

Despite this background, Dick’s experience sailing was still quite extensive and, while still working at Virbac, he twice won the highly competitive Tour de France à la Voile (when it was still largely an offshore race). In 2001, Dick decided upon a career change, becoming a professional offshore racer, flying the flag for Virbac over the oceans. Since then he has enjoyed considerable success, aided by a strong team and some top coaching.

While the majority of Dick’s sailing has been in his series of Virbac-Paprec sponsored IMOCA 60s, he will be competing in the Transatlantic Race 2019 aboard his JP54 known as The Kid. “It is called The Kid because my son was born that same year, but also because it is the ‘kid’ of an IMOCA 60,” Dick explains. “The idea was to include everything we know from IMOCA 60s, e.g. the canting keel, the rotating chart table to keep the weight up to weather, etc., but to combine that with some luxury for cruising. It has cabins, a head—things that we don’t have on the IMOCA.” 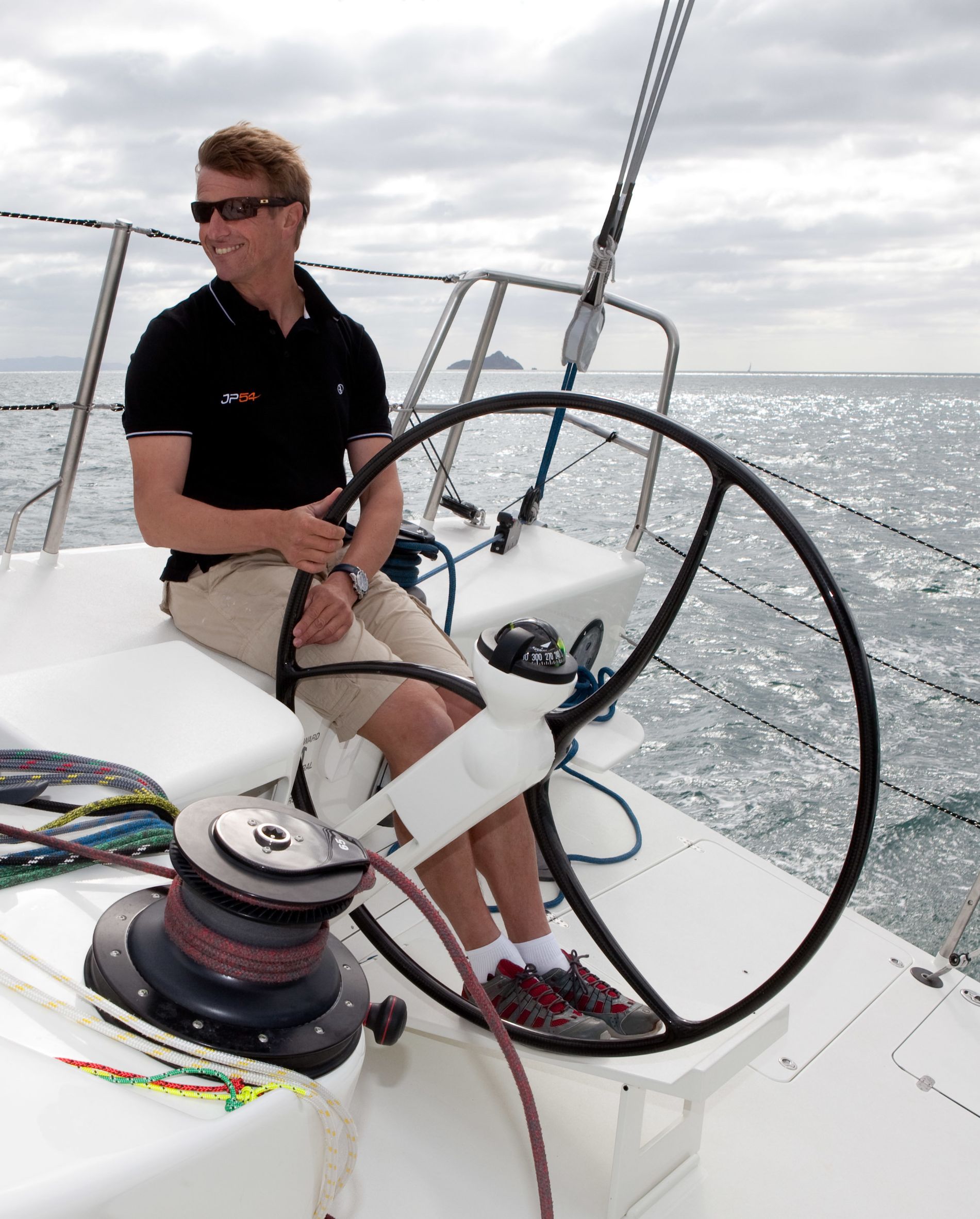 The JP54 was designed by Guillaume Verdier who also co-designed Dick’s last IMOCA 60 (and is a naval architect for Emirates Team New Zealand's America’s Cup campaigns). The boat has a respectable top speed of 23 to 24 knots, but at the same time has a designer interior. She should also be well suited to the Newport-Cowes race course as her set-up is optimized for sailing off the wind. For example, while she has a canting keel, she isn’t fitted with any additional foils to prevent leeway upwind.

For the race Dick says he will sail with a crew of six, including a few amateurs who he wants to train up. However as a group, he maintains that they will be a race-winning combination.

The Transatlantic Race will conclude an Atlantic circuit Dick is undertaking on his JP54. This journey started out with last fall's Atlantic Rally for Cruisers in which he finished second in the Racing division to Transatlantic Race 2015 competitor Ross Applebey and his trusty Oyster Lightwave 48 Scarlet Oyster. This spring Dick plans to compete in Les Voiles de St. Barths before delivering his boat north to Newport.

Compared to many of his compatriots, Dick doesn’t have huge experience of racing across the northern North Atlantic. He once sailed Virbac-Paprec 2back to France from Halifax, Nova Scotia and on another occasion while on a training session aboard Virbac-Paprec 3 with Loick Peyron, they were forced into Newport to resolve an issue with their rig.

But Dick never competed in the quadrennial Quebec-St Malo race which passes through the same waters at the Transatlantic Race 2019. One of the few events he has attempted in these waters was The Transat in 2004, but that was westbound to Boston, sailing against the prevailing winds. Sadly in this Dick experienced one of his least pleasant moments at sea when, while fully mid-Atlantic at the time, his boat was rolled through 360° and dismasted in 50+ knots and 25-foot waves. Fortunately Dick recovered and was able limp back to Ireland under jury rig. 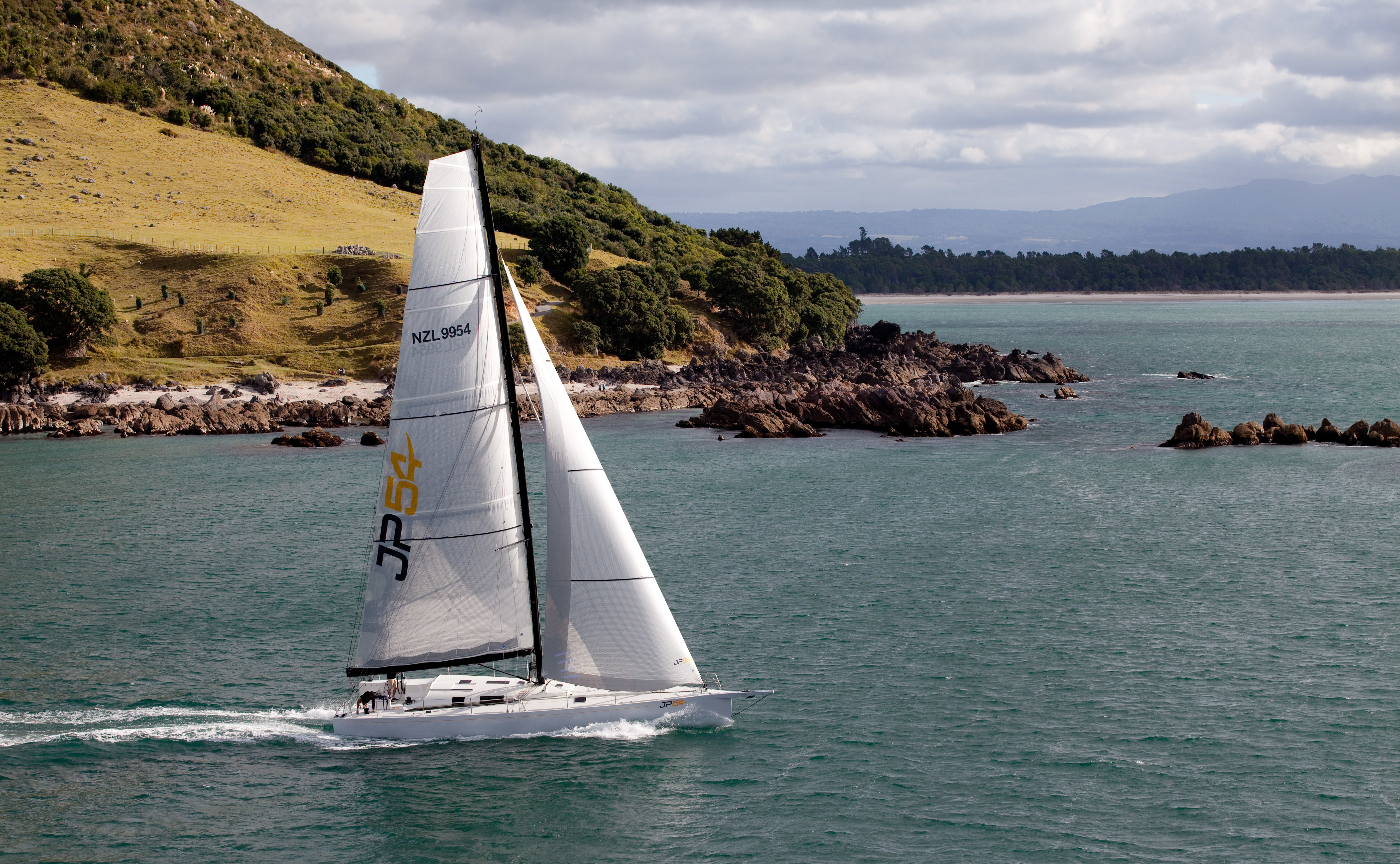 Aside from the long, long history of the Transatlantic Race, which was brought to the French nation’s consciousness in 1980 when the late Eric Tabarly’s tri-foiler Paul Ricardfinally demolished the 75-year-old course record set by Charlie Barr and Atlantic, Dick is also looking forward to the start and finish ports.

“I am very enthusiast about doing the race," he says. "Newport and Cowes are great cities of sailing and the crossing should be wonderful. It is great course with a lot of downwind, but there will probably be some depressions with 35 to 40 knots of wind, so we’ll have to manage that. This is a proper offshore race.”

Dick also has some experience of the New York Yacht Club. He was a special guest at the Manhattan club house in 2014 when he followed his fellow countrymen Eric Tabarly and Bernard Moitessier in being presented with Cruising Club of America’s Rod Stephens Trophy there.

“When you go to the New York Yacht Club, it is amazing,” says Dick. “The history and knowledge they have regarding yacht races is immense—and not just the America’s Cup. They have great enthusiasm to organize this race.”

At present Dick says that he has hung up his sea boots—temporarily perhaps—in terms of competing in further solo or doublehanded offshore races and his latest IMOCA 60 was recently sold. Meanwhile Dick is focussing on his marine industry business, marketing boats. In addition to the JP54, his company Absolute Dreamer also conceived and markets the Verdier-designed flying one-design catamaran called ETF 26 (Easy to Fly).