Just a quick note before heading to bed.  We had a relatively uneventful day.  That was exactly what we needed after Wednesday’s excitement.  We spent most of the day sailing towards the Lizard at 12-15 knots boat speed in 20-25 knot winds at 235-250 true wind direction.

We had the Jib Top, Genoa Staysail and full Main up at a 140-150 true wind angle. At about 1800Z the wind dropped below 20 knots and we began to talk about how to add more horsepower.  It would have been and ideal time for the A5 we blew up 2 days ago.

We decided to give our fractional code zero (FRO) a try.  Scotty and Henry had repaired the sail which had parted from its furler on July 1.  We thought it would be good to test the repair and see if the FRO would give the sail plan more grunt in these conditions.  That plan worked beautifully.  The repair held and we picked up a couple of knots of speed with greater stability through the water.

We decided to leave that combination up overnight.  We could roll up the FRO easier than a spinnaker if we needed to in squalls, which we were still running into.  We have grown to like being a bit more conservative at night given some of the craziness we have experienced when we tried to be too aggressive.

That plan changed quickly though as the wind continued to drop to the mid teens with the forecast calling for the wind to continue to fall in to a range of 9-12 knots.  Concluding that we couldn’t get in to too much trouble in those conditions and needing more power we took down the FRO and put up the A2.  The A2 is our biggest down wind sail and our routing solutions are calling for it a lot over the final stages of the race.  Quinn calls the A2 the Super Model, as it is tall, beautiful and bound to crush you when things go wrong.

We have spent all day on starboard tack on the inside of most of our competition.  For tactical and routing reasons, there is light wind straight ahead of us and stronger wind to the north, we have been looking for an opportunity to gybe on to port.  We got our chance after dinner when Snow Lion crossed behind us and the wind shifted.  We gybed and headed to the north, protecting ourselves against Snow Lion and Maximizer to our left and heading towards the stronger wind.  We took the A2 down a short while ago while we dodged a squall.  In retrospect we probably could have left it up but can’t afford blowing up another spinnaker with two others already done for this race.

After gaining ground steadily on Snow Lion and Maximizer for most of the day we have given a little back of late.  We are currently in 3d place in our class, down from 7th  and 7th in our fleet, having gotten as high as 5th.  We are hard at work trying to turn things around.

A couple of critter sightings during the day.  A leather back turtle and sperm whale crossed our path.  Last night we struck some sea creature with our rudder.  We inspected the rudder through the inspection port this morning.  It is OK, but missing some paint.  We hope the sea creature, Quinn thinks it was a shark sleeping near the surface in current to keep water flowing over its gills, Paul thinks it was a turtle, is OK too.

It is getting colder as we reach the North Atlantic, the air temperature is 58 degrees and the water temperature is 62 degrees.  We have 989 miles to go to the Lizard.  We should enjoy better weather and new adventures tomorrow 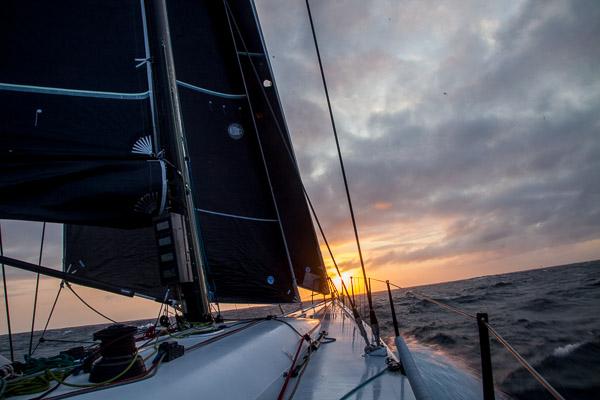 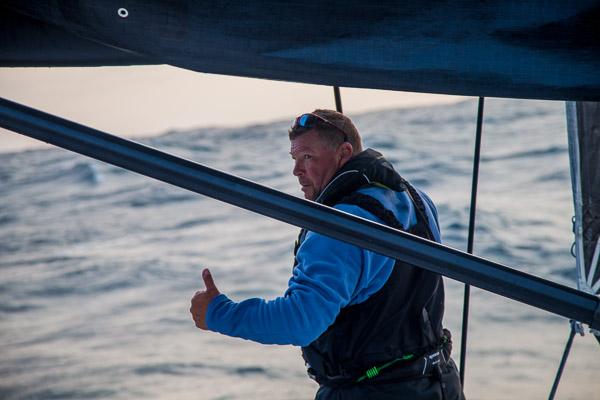 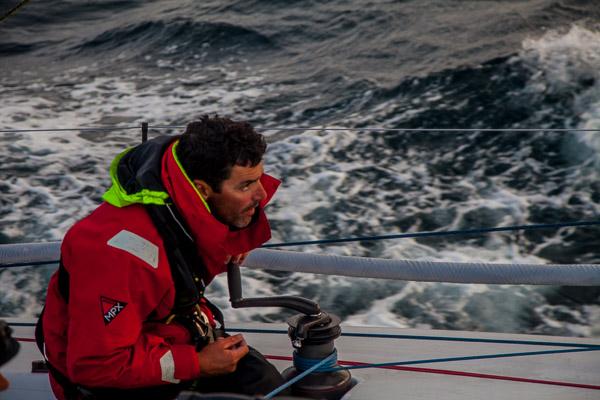 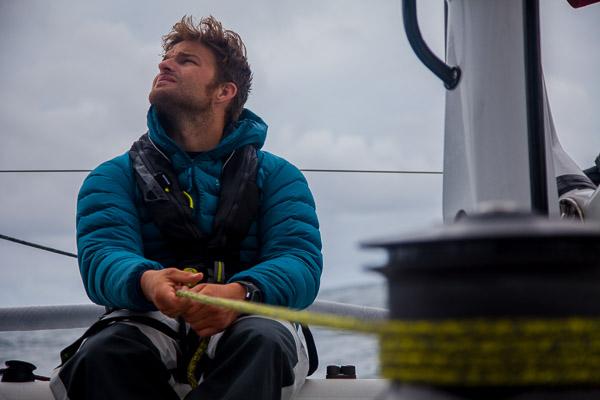 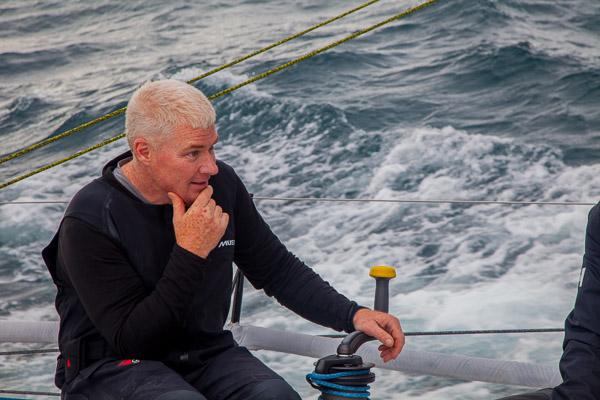 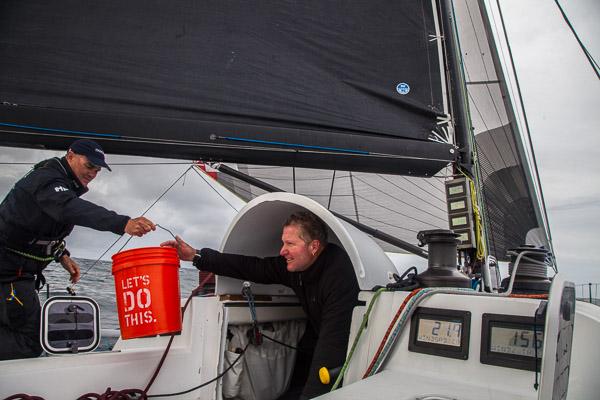 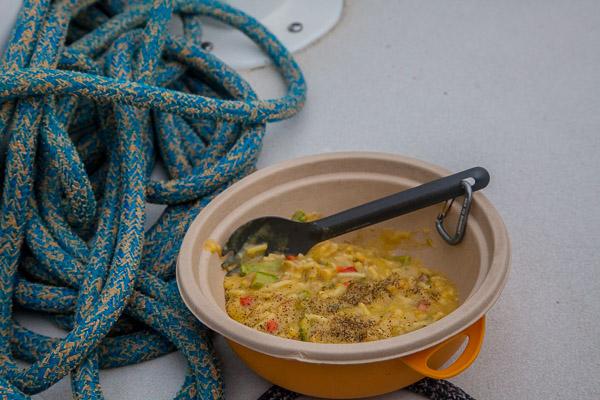